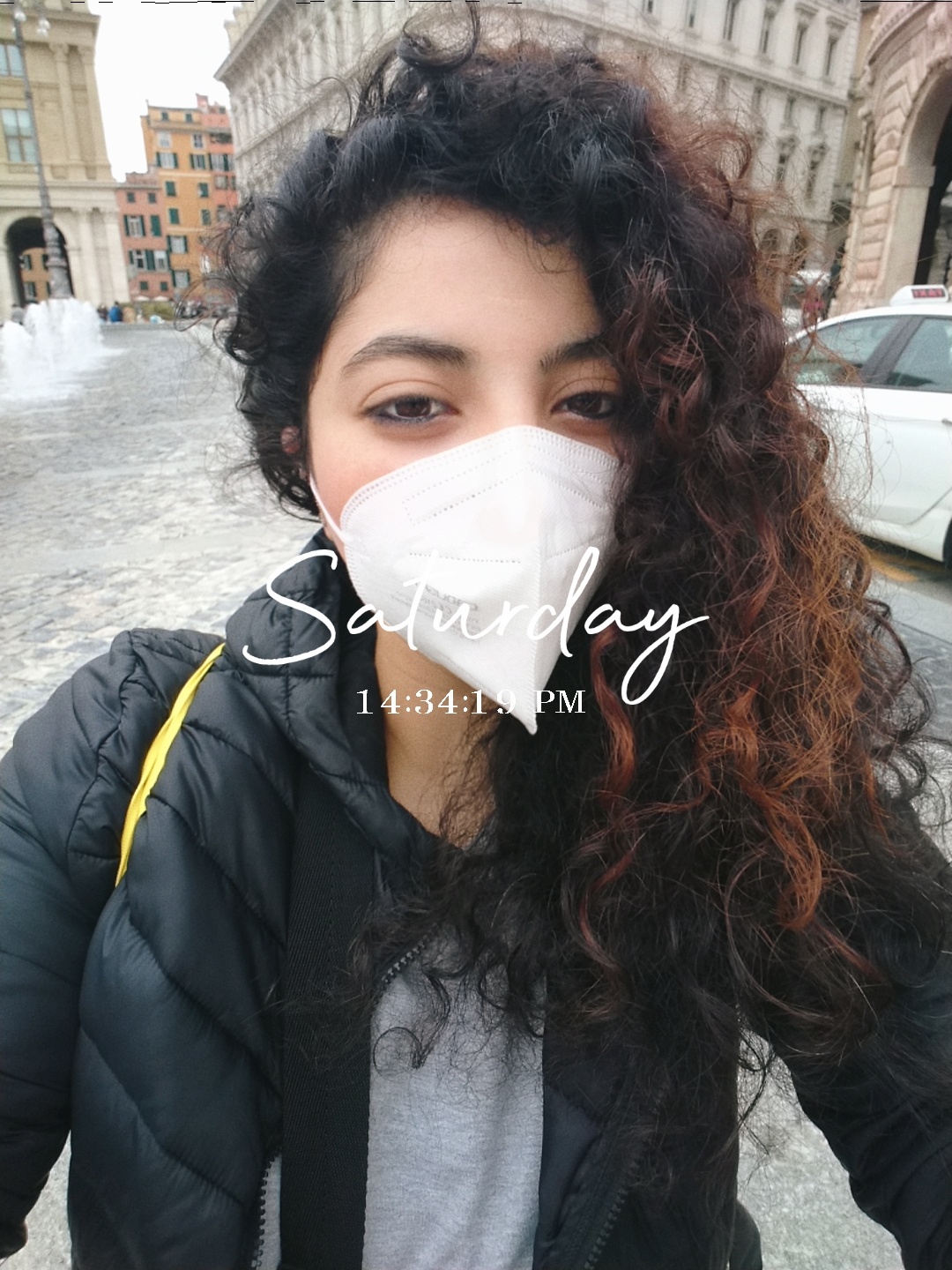 Hello readers! TODAY IS A GREAT DAY, we will discover one of the most famous thriller author in Italy, are you curios? I’m too excited!

Tony J. Forder wrote different books, in our blog you can read our italian articles!

We thank Tony very much for having participated in this interview. Surely you can find out a lot of news about a new book by Tony!

Tell me a bit about yourself. Who is Tony J. Forder?

I recently turned 63, but even though I have written hundreds of short stories – and had a bit of successwith some – and also wrote a couple of novels, it was only when I was made redundant from my job at the end of 2016 that I decided to take my writing seriously rather than treat it as a hobby. So, having worked in the education sector as an IT network engineer and manager for over 20 years, I am now a full-time author. I live in Peterbrough, England, where my DI Bliss books are set, though like DI Bliss I was born and raised in London. I live with my wife, and due to current travel restrictions we are badly missing our daughter.

When did you first realize you wanted to be a writer?

When I was young – perhaps 10-12. I read a book called The Weirdstone of Brisingamen and it opened up a whole new work of fantasy to me, one I was keen to emulate.

What of your books do you prefer? Why?

My books have different meanings to me. I like Degrees of Darkness because it was my first. I like Bad to the Bone because it was the first Bliss novel. I like Scream Blue Murder because I wrote it for my late father.
I like Cold Winter Sun because it contains some of my favourite characters…and so on. In terms of my best work, I find it hard to choose, so I’m going to be that cliché who says my favourite is my next book.

How was Detective Bliss born?

Having written a dark, psychological thriller that had a fair bit of police investigation in it, I decided I
wanted to write a procedural crime thriller. I wrote a book called Burnout, which I didn’t like, but I was fond of the two main characters: DI Jimmy Bliss and DC (as she was then) Penny Chandler. I developed both characters more and Bliss was born. He’s really an amalgam of different people I know, with slices of me running through him.

Do you have any particular writing habits?

Not as such. I like to write for six hours a day if I can, sandwiched around lunch. I write copious notes as I go along but in the main I focus on getting the story told, knowing I can come back to it in the edits to fix any issues and errors.

When you write a new book, have you already thought about the plot or you prefer to create the story in progress?

I will have thought about some elements of the plot, but generally the story gets written inside my head as I go along. My latest book, for instance, came to me as the opening chapter. With that part known to me, I could see how that would be followed in chapters 2-4. I just started to write it and allowed it to flow and for both the storyline and characters to direct me.

How has your life changed since you started to write books?

It changes from book to book, but it’s a completely different life now. I am asked to attend online and live events, I am asked to sell autographed books, I have a loyal readership and some crazy, lovely fans who call themselves the #blissettes, and I have to commit a great deal more time to email and social media because I respond to every mail and every post I see. Most of all I get to sit up in my office 5 days a week creating something out of my imagination, and although that comes with its own stressors and expectations, I’d rather be doing this than what I did beforehand.

What’s your favorite place to write?

I write 95% of each book at my desk in my office. Occasionally I’ll handwrite some scenes or scraps of dialogue wherever I happen to be, including while away on holiday.

Have you any suggestions for people who want to start a career as you?

First of all, decide on what you want to write and do your research. Read those kind of books and find out what makes them work. Reverse engineer them in some ways by reading them and then reading them again, only the second time around making notes about how the book was written, how the story arc was played out, how things were resolved and what clues were inserted throughout. Then do your research when it comes to an agent or publisher, and don’t make the mistake of rushing into the first deal offered. Most of all, don’t cheat yourself or your readers – do your very best with each book, and then try to improve again next time.

What have you felt during the publication of your first book? Is it changed something now that you are a famous writer?

Initially there was that overwhelming sense of relief and achievement. It was validation, I suppose, of
my work. I hadn’t expected it, hoping my submission would be decent enough for the publisher to provide me with some feedback. To be given a 2 books contract was simply amazing. It is a different feeling with each additional book, simply because there is now an expectation. When your first book comes out nobody knows you, nobody’s read you, and you have no readership. As times passes and more books are published, so your readership grows and their expectations of your next become heightened. You can be cowed by that or you can be bolstered. Or, if you’re like me, you can be both. I do feel an initial sense of intimidation, but it eventually gives way to encouragement as early readers provide you with feedback. Knowing you will be judged on your last book, or perhaps your body of work, certainly keeps you on your toes. I think it draws the best out of me, which can only be a positive thing.

What is your favorite writer/woman writer?

I’ve had a few over the years. I was and still am a big fan of Charles Dickens. But my first real writing hero was Stephen King. For the past couple of decades, however, it is Michael Connelly, author of the Harry Bosch books and others.

Name one book you think everyone should read?

Currently, probably Orwell’s 1984 as it’s so prescient relative to the world we live in right now. But I’d probably have to say A Christmas Carol, as I think it ultimately sends out a good message as well as providing us with a wonderfully written piece of work and astute observations.

How do you find the right inspiration for writing?

There are times when it refuses to come, and you have to push through it. What works best for me most often is to go back and read what I’ve written as a reader rather than a writer (if I possibly can, because that’s not as easy as it sounds). I am mostly inspired by characters, so I tend to focus on them.

What does it feel like to write a book?

You go through all sorts of emotions. Hesitation, fear, trepidation, excitement. I am seldom euphoric
when I reach the end of the first draft, because I know the hard work is yet to come. But when you eventually reach the point where you’re ready to send it to your editor, it makes you feel on top of the world for a short while.

How many books have you written and published?

I’ve written fifteen books in all, with twelve of them having been published. Two of them, including
Burnout as previously mentioned, and The Feather Man, which was a sequel to Degrees of Darkness, will never see the light of day as they don’t deserve to. The other unpublished book is my next Bliss, The Autumn Tree, which will be released in May.

Which of your characters would you want to be stranded on an island with, and why?

That shouldn’t be quite so easy for me, but I think I’d have to go for Sheriff Crozier from my book
Cold Winter Sun. With his laconic wit and endless folksy charm and wisdom, I think he would keep my spirits up and make the time pass quickly.

What other jobs have you done other than being an author?

A fair few. I was an illustrator for a graphic arts company when I first left school. I also worked for a
record company, and as a stonemason, and did a short stint working security for a bank. I drove a bit, plus I did decorating and building work. I ran a business, then had my own business, and then did that long stint as an IT engineer and network manager.

If you were trapped in a cartoon world from your childhood, which one would you choose and why?

Oh, easy – Roadrunner and Wile E Coyote. That bird had me so frustrated and angry at times, but I
howled at how often he entrapped poor old Wile E. From the cartoon world of my daughter’s generation, it’d be Count Duckula, which always made us laugh together.

Which of your personality traits has been most useful and why?

My stubbornness I guess. It’s a hard one to answer, but I often bent people to my will when I believed I was right.

What is the most surprising thing you’ve learned about yourself through writing?

That I am more outgoing than I believed myself to be. I’m quite shy and it usually takes me time to get to know people. But in this world you get to know a lot of people very quickly, and you need to be gregarious if at all possible.

Tell us about your most recent book.

The Autumn Tree is the next in the DI Bliss series. It finds Jimmy Bliss demoted and demotivated, but a new case soon has him back into his groove. A fresh murder scene has a tenuous link to a past case, but Bliss believes that solving that fragile connection is the key to finding a murderer. But every time he and his team think they have things figured out, the landscape changes and they have to start all over again.

Are you already writing a new book? Can you tell us something about the story?

I am. Its working title is The Huntsmen, and if it pans out it will be the first book in a brand new UK
crime series. Once again it has a male and female duo as the main characters, but they are both very different people to Bliss and Chandler. They initially seem like complete opposites, but hopefully they will gel and become a great team. The book centres around a road traffic collision that leaves an influential figure dead alongside a very young girl who ought not to have been with him. The investigation is hampered at many levels, but the more this happens the more our duo are determined to succeed. Other well-known figures are drawn into what becomes a fight to reveal an ugly truth before the establishment can bury the investigation. The past begins to catch up with the present, and our lead characters unearth something that will shatter people’s lives.

Support us on Ko-fi, if you loved our contents! 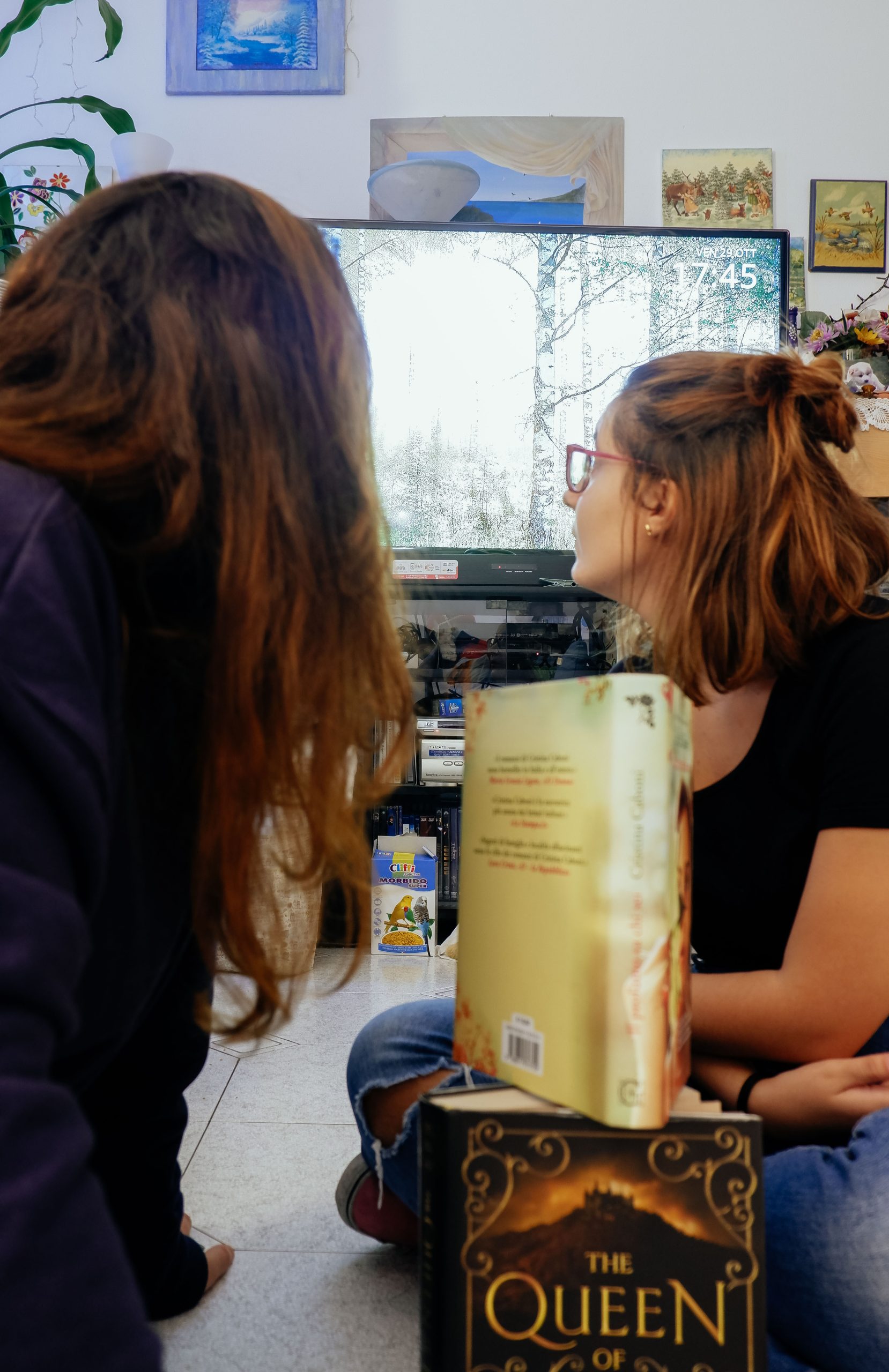